Celebrated internationally for her purity and intensity of artistry, violinist Francesca dePasquale leads a dynamic career of performance, pedagogy, and community engagement. Described by critics as “scintillating” (MusicalAmerica) and “a mature artist fully formed at a young age and equal to any challenge” (Peninsula Reviews), Francesca is the First Prize winner of the 2010 Irving M. Klein International String Competition and recipient of the prestigious 2014-2016 career grant from the Leonore Annenberg Fellowship Fund for the Performing and Visual Arts. Additionally, she was named by MusicalAmerica as their February 2014 New Artist of the Month, a distinction that recognizes important, emerging talent.

With the support of the Leonore Annenberg Fellowship Fund, Francesca recently recorded her debut album in collaboration with pianist Meng-Chieh Liu, including a newly commissioned work for violin and electronics by composer Paola Prestini. The album will be released for digital and physical distribution in March of 2016. During the 2015-2016 season, Francesca will perform the debut album repertoire in recital throughout the United States, presented by Three Rivers Performing Arts (Three Rivers and Visalia, CA), California Music Center (San Francisco, CA), the Colburn School (Los Angeles, CA), Friends of Chamber Music (Reading, PA), Philadelphia Chamber Music Society, National Sawdust (Brooklyn, NY), and Classics on Hudson (Hudson, NY). She will present educational outreach programs in nearby schools alongside each recital. Additionally, Francesca will also appear on the Marinus Ensemble, Fort Worth Chamber Music Society, Jupiter Symphony Chamber Players, and Manhattan Chamber Players series this season, and collaborate with groups such as Orpheus and the orchestral collective The Knights.

In addition to her performing activities, Francesca is a member of the violin faculty at Rutgers University Mason Gross School of the Arts and the Starling Fellow assistant to Itzhak Perlman at the Juilliard School, where she is also teaching assistant to Catherine Cho.

An avid chamber musician, Francesca began appearing professionally at age 7 with her family members, distinguished musicians of the Philadelphia Orchestra, and has since performed with renowned artists such as Paul Coletti, Thomas Cooley, Jennifer Frautschi, Nicholas Kitchen, Ronald Leonard, Robert Levin, Merry Peckham, Itzhak Perlman, Jeffrey Sykes, Roger Tapping, Richard Todd, and Donald Weilerstein. In addition to collaborating with individual artists, Francesca is the violinist of the Aletheia Piano Trio alongside pianist Fei-Fei Dong and cellist Juliette Herlin. Formed in 2013 at the Juilliard School, the trio has already performed at the Rose Studio and Alice Tully Hall at Lincoln Center in New York and the Terrace Theater at the Kennedy Center in Washington, D.C., coaching with artists such as David Finckel, Joseph Kalichstein, Yoheved Kaplinsky, Ida Kavafian, Merry Peckham, and Vivian Weilerstein.

Committed to classical music outreach and its power to connect entire communities, Francesca has served as a mentor for the Youth Orchestra Los Angeles program, appeared on the Philadelphia Orchestra Sound All Around series, and given numerous community engagement presentations alongside her performances. She has also traveled to São Paulo, Brazil for an educational residency of Juilliard Global, which included leading several masterclasses, sectionals, and chamber music performances for hundreds of Brazilian children.

Francesca graduated from the Juilliard School with a Master of Music degree, where she studied with Itzhak Perlman and Catherine Cho as the recipient of the Arnold R. Deutsch/Dorothy DeLay and Dorothy Starling scholarships, as well as the Ryoichi Sasakawa Young Leaders Fellowship Fund. As a student of Robert Lipsett, Francesca earned a Bachelor of Music degree from the Colburn School Conservatory of Music. Previous teachers include Hirono Oka and William dePasquale, with additional mentorship from Norman Carol and Arnold Steinhardt. 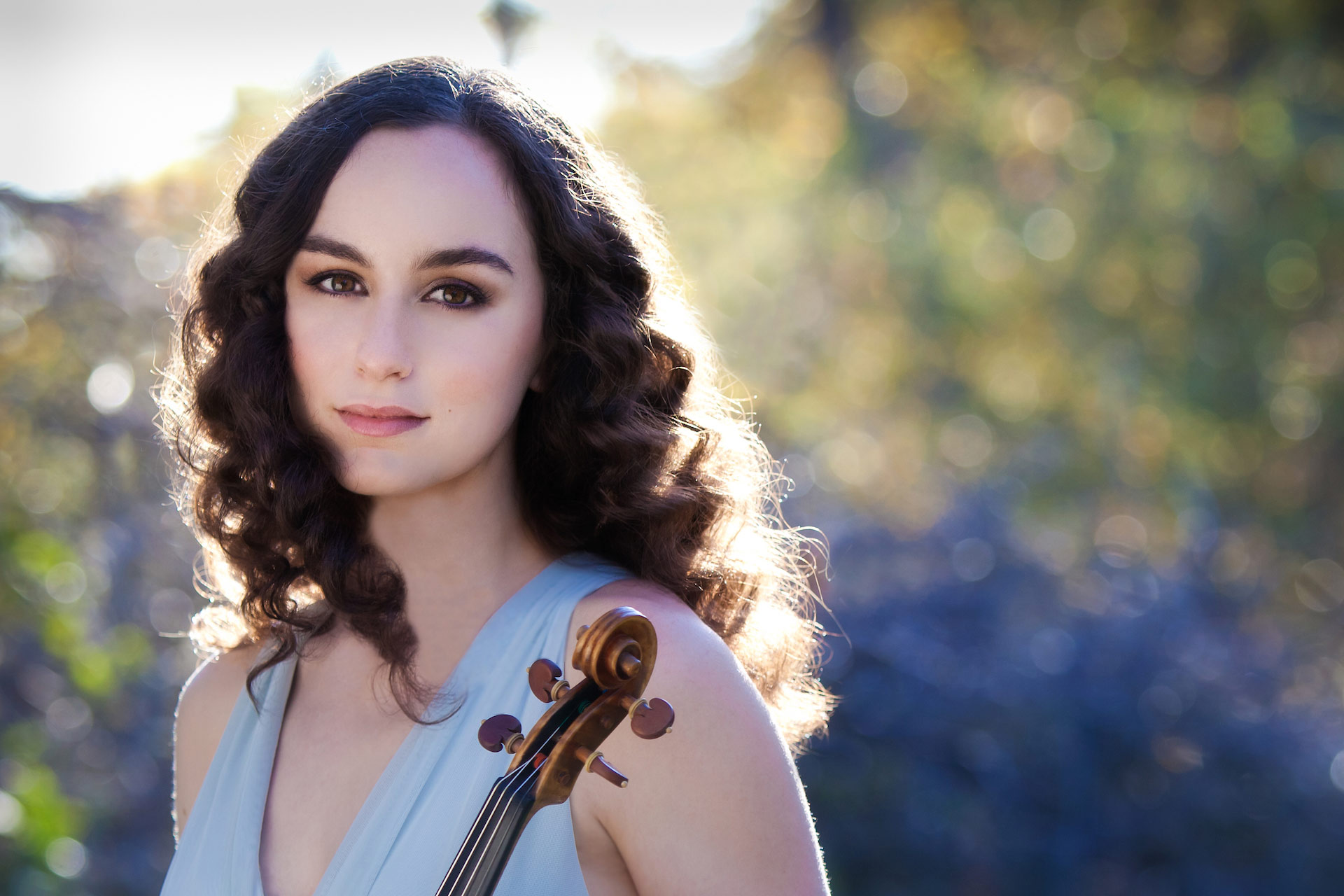 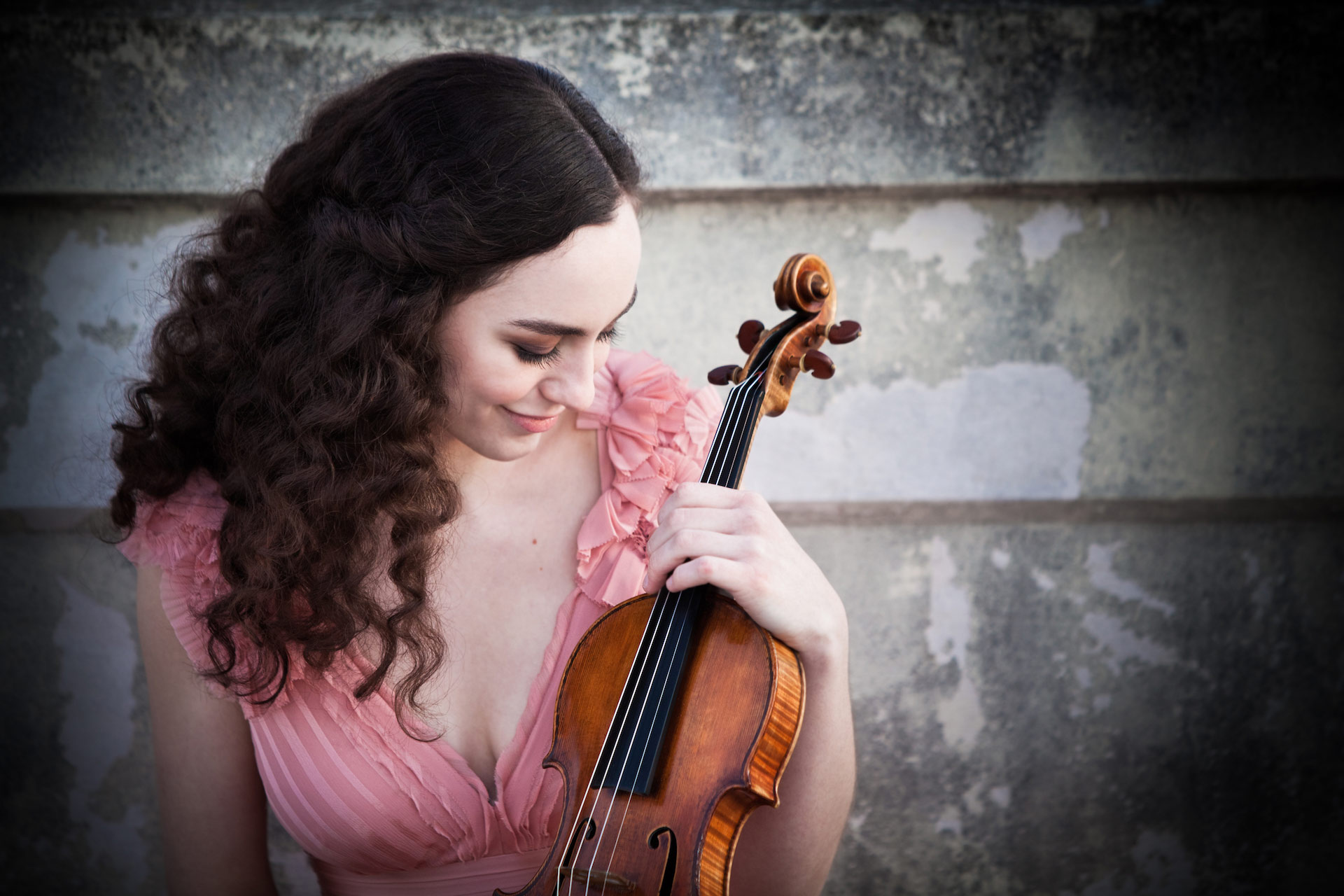