Giancarlo Guerrero is a six-time GRAMMY®Award-winning conductor now in his tenth season as Music Director of the Nashville Symphony. Guerrero is also Music Director of the Wrocław Philharmonic at the National Forum of Music in Poland and Principal Guest Conductor of the Gulbenkian Orchestra in Lisbon, Portugal. Guerrero is widely praised for his instinctive musicianship and for bringing to the podium “not only vitality and insight but also an appealing physical dynamism” (The Plain Dealer).

A passionate proponent of new music, Guerrero has championed the works of America’s most respected composers through commissions, recordings, and world premieres. Guerrero’s advocacy has helped make Nashville a destination for contemporary orchestral music. He has presented nine world premieres with the Nashville Symphony, including the 2016 performance and recent GRAMMY®-winning recording of Jennifer Higdon’s All Things Majestic and the 2018 premiere and recording of Jonathan Leshnoff’s Symphony No. 4 “Heichalos,” written for the Nashville Symphony’s Violins of Hopeinitiative, which featured a collection of restored instruments that survived the Holocaust.As part of his commitment to fostering contemporary music, Guerrero developed and guided the creation of Nashville Symphony’s Composer Lab & Workshop initiative, together with composer Aaron Jay Kernis.

Outside of Nashville, Wrocław and Lisbon, Guerrero enjoys relationships with orchestras around the world. His 2018/19 engagements will include the Dallas Symphony, Chicago Symphony, NDR in Hannover, OSESP São Paulo and Orquesta Sinfónica de Galicia.

Guerrero made his debut with Houston Grand Opera in 2015 conducting Puccini’s Madama Butterfly. Early in his career, he worked regularly with the Costa Rican Lyric Opera and has conducted new productions of Carmen, La bohème, and Rigoletto. In 2008 he gave the Australian premiere of Osvaldo Golijov’s one-act opera Ainadamar at the Adelaide Festival.

Guerrero previously held posts as the Principal Guest Conductor of The Cleveland Orchestra Miami (2011-2016), Music Director of the Eugene Symphony (2002-2009), and Associate Conductor of the Minnesota Orchestra (1999-2004).

Guerrero was born in Nicaragua and immigrated during his childhood to Costa Rica, where he joined the local youth symphony. He quickly proved to be a promising young percussionist and came to the United States to study percussion and conducting at Baylor University in Texas and at Northwestern. Given his beginnings in civic youth orchestras, Guerrero is particularly engaged with conducting training orchestras and works regularly with the Curtis School of Music, Colburn School in Los Angeles, and Yale Philharmonia, as well as with the Nashville Symphony’s Accelerando program, which provides music education to promising young students from underrepresented ethnic communities. In recent years, he has developed a relationship with the National Youth Orchestra (NYO2) in New York, created and operated by the Weill Institute of Music at Carnegie Hall. 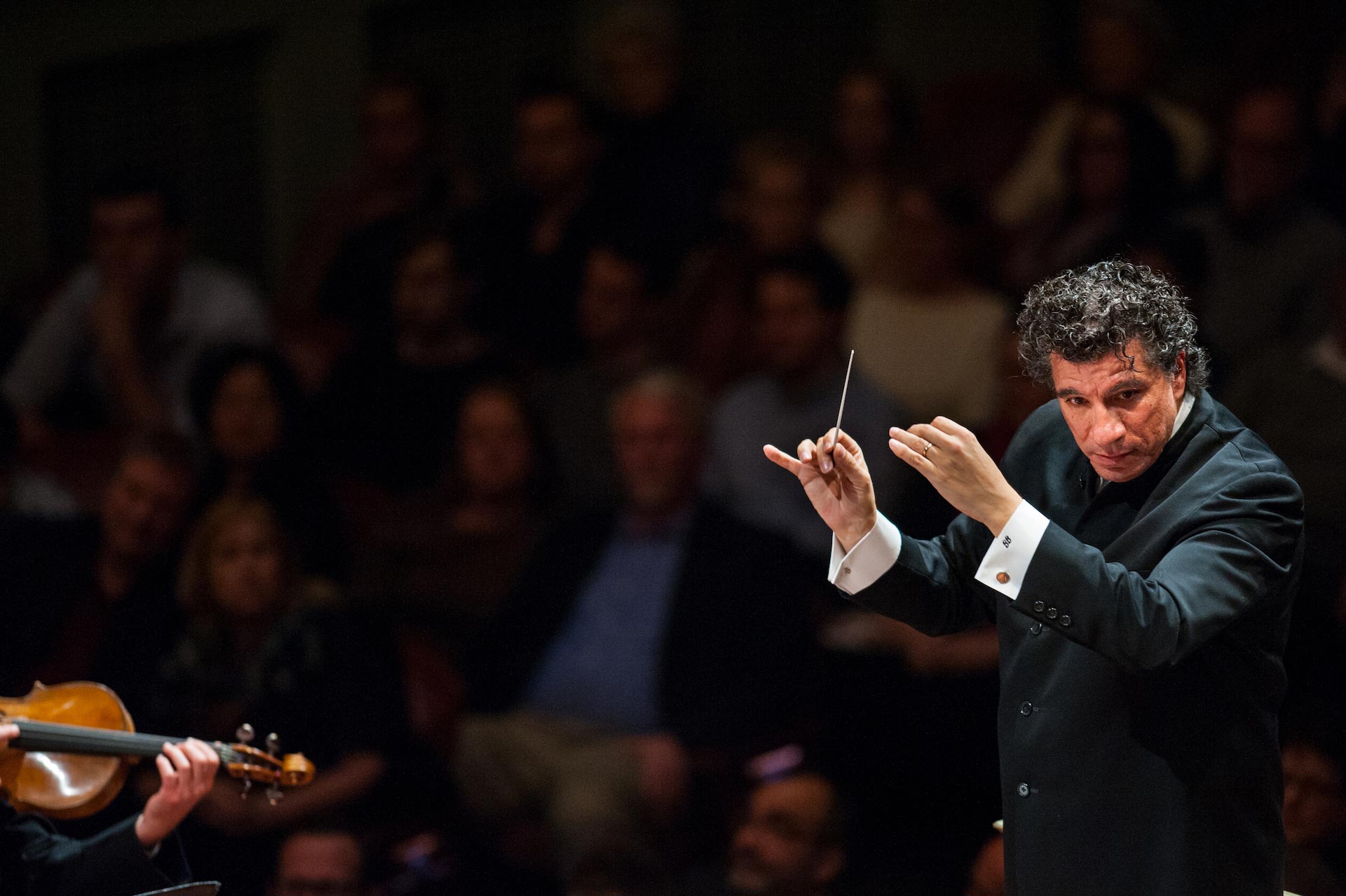 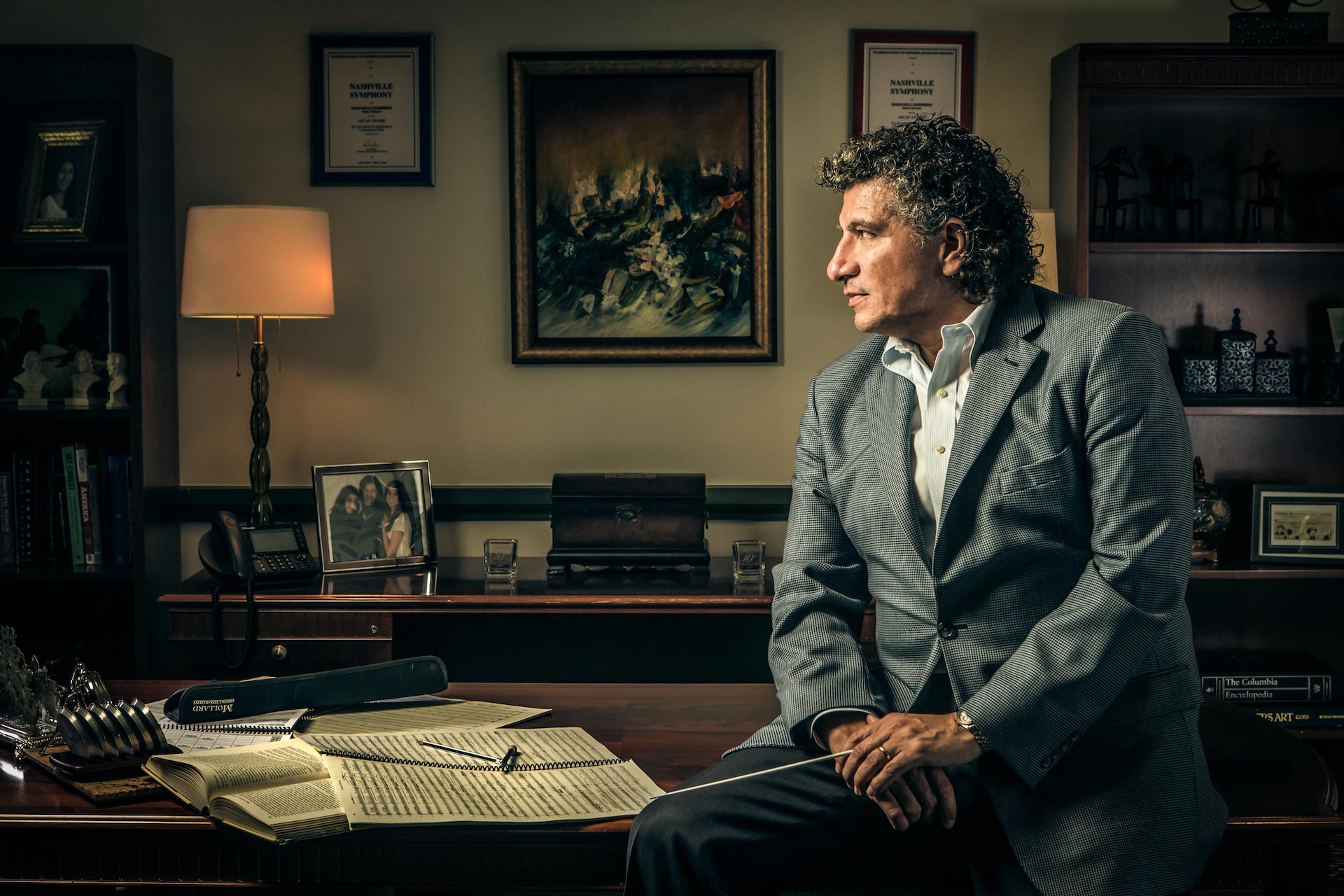 The best classical albums this year, so far

Giancarlo Guerrero and the Nashville Symphony Celebrate a GRAMMY Win

Three GRAMMY Noms for Nashville SO, Guerrero, Bailey & Daugherty for Tales of Hemingway; American Gothic; Once Upon a Castle

Giancarlo Guerrero Commits to Nashville Symphony through 2025, Daugherty & Danielpour Albums out this Fall