Benjamin Beilman has won praise both for his passionate performances and deep rich tone which the Washington Post called “mightily impressive,” and The New York Times described as “muscular with a glint of violence.” The Times has also praised his “handsome technique, burnished sound, and quiet confidence,” and the Strad described his playing as “pure poetry.” In a2018 feature in The Boston Globe, David Weiningerremarked that Beilman’s “playing already has its own sure balance of technical command, intensity, and interpretive finesse.”

In the spring of 2018, Benjamin Beilman and pianist Orion Weiss premiered Demons, anew sonata written for the pair by Frederic Rzewski, and commissioned by Music Accord. Beilman and Weiss performed the work,which is dedicated to the political activist Angela Davis on recital programs presented by the Boston Celebrity Series, Shriver Hall Concert Series,Parlance Chamber Music,Gilmore Festival and Grand Teton Music Festival. Beilman and Weisswill continue to presentthe work in recital during the 2018-19 season at Lincoln Center,Kennedy Center and Spivey Hall. Beilman will also performthe European premiere of Demonsat the Heidelberg Spring Festival and onhis return to Wigmore Hall. Beilman will also appearin recital at Philadelphia’s Perelman Theater and at Carnegie Hall with pianist Jeremy Denk and in New York and on tour with the Chamber Music Society of Lincoln Center’sBowers Program (formerly CMS Two).

Also in 2018-19, Beilman will play-direct the Vancouver Symphony, make his debut at the Philharmonie in Cologne with Ensemble Resonanz, perform Four Seasonswith the Cincinnati Symphony and Richard Egarr, return to the City of Birmingham Symphony, and debut with the Royal Scottish National Orchestra. European recital and chamber music engagements include the Moritzburg Festival in Dresden, Concertgebouw in Amsterdam and Wigmore Hall for a BBC Radio 3 live broadcast. Beilman will perform concertos by Brahms, Bernstein, Prokofiev and Higdon, among others in orchestral engagements with the Berkeley, Greenville and Portland Symphonies; Rhode Island and Colorado Springs Philharmonic; along with the Munich Chamber Orchestra, Bruckner Orchestra Linz, Iceland Symphony and Nagoya Philharmonic in Japan.

In the 2017-18 season, Beilman appeared as a soloist with the Detroit, Houston, Oregon, North Carolina and Indianapolis Symphonies and Orchestra St. Luke’s. He also did a multi-city tour ofCalifornia with the New Century Chamber Orchestra in a program which he both programmed and play-directed. Abroad, Beilman made his Australian concerto debut with the Sydney Symphony, and debuted with the Scottish Chamber Orchestra and Trondheim Symphony.

In past seasons, Beilman has performed with the Rotterdam Philharmonic, London Philharmonic, London Chamber, Scottish Chamber, Frankfurt Radio Symphony, Zurich Tonhalle and Orchestre National du Capitole de Toulouse. In the US Beilman has performed with San Francisco Symphony, and several times with the Philadelphia Orchestra, including a performance at Carnegie Hall.

Beilman garnered worldwide attention following his First Prize wins in the 2010 Young Concert Artists International Auditions and the 2010 Montréal International Musical Competition. He went on to receive prestigious accolades including a Borletti-Buitoni Trust Fellowship, an Avery Fisher Career Grant,a London Music Masters Award and an exclusive recording contract with Warner Classics. Beilman released his first disc for the label in 2016, titled Spectrum and featuring works by Stravinsky, Janáček and Schubert. In its review of the album, All Music Guidewrote, “This is a young violinist to watch, one who has already mastered many styles and is working toward breakthroughs of his own.”

Born in 1989, Beilman began playing violin at the age of five and went on to study with Almita and Roland Vamos at the Music Institute of Chicago, Ida Kavafian and Pamela Frank at the Curtis Institute of Music, and Christian Tetzlaff at the Kronberg Academy.

He plays the “Engleman” Stradivarius from 1709 generously on loan from the Nippon Music Foundation. 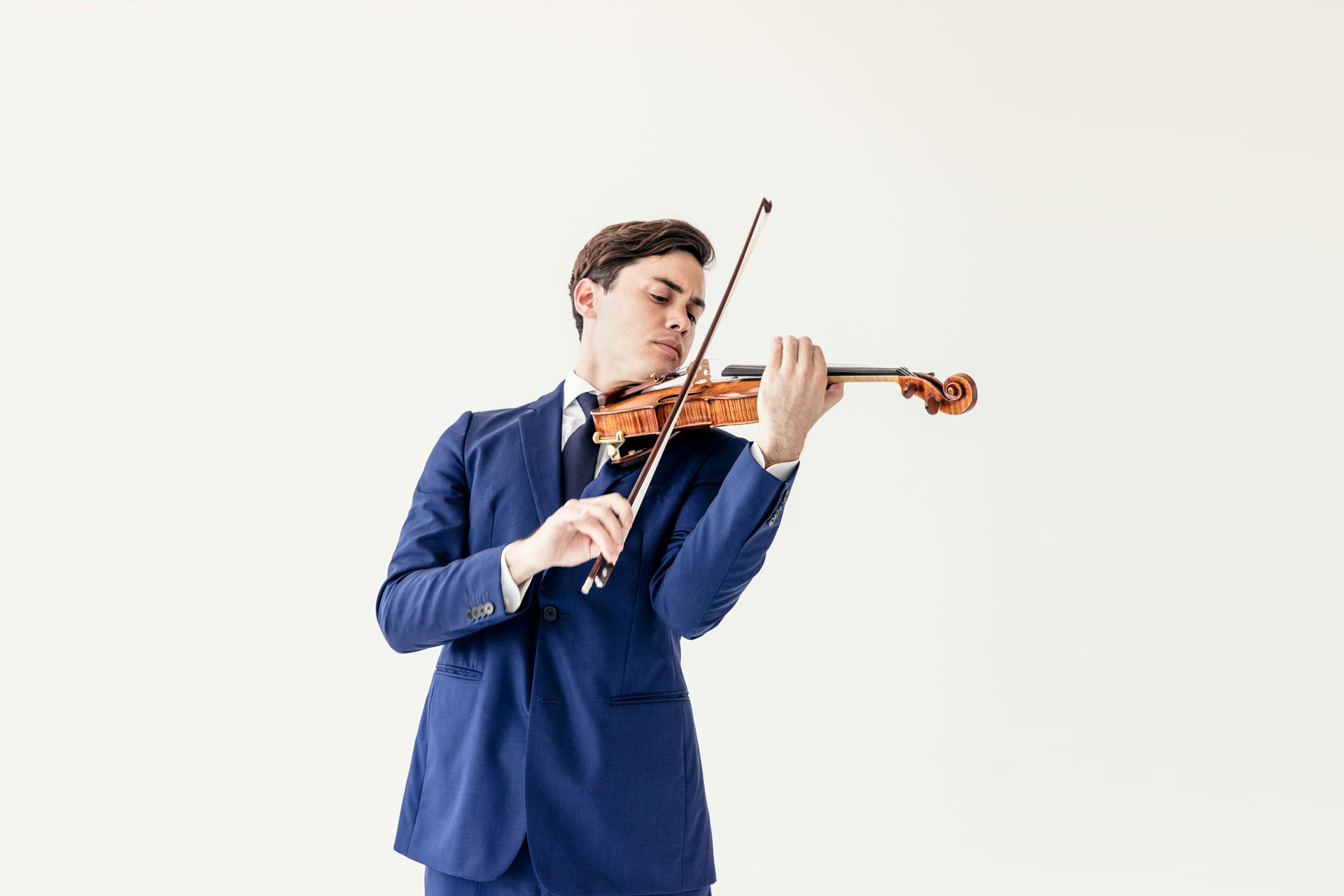 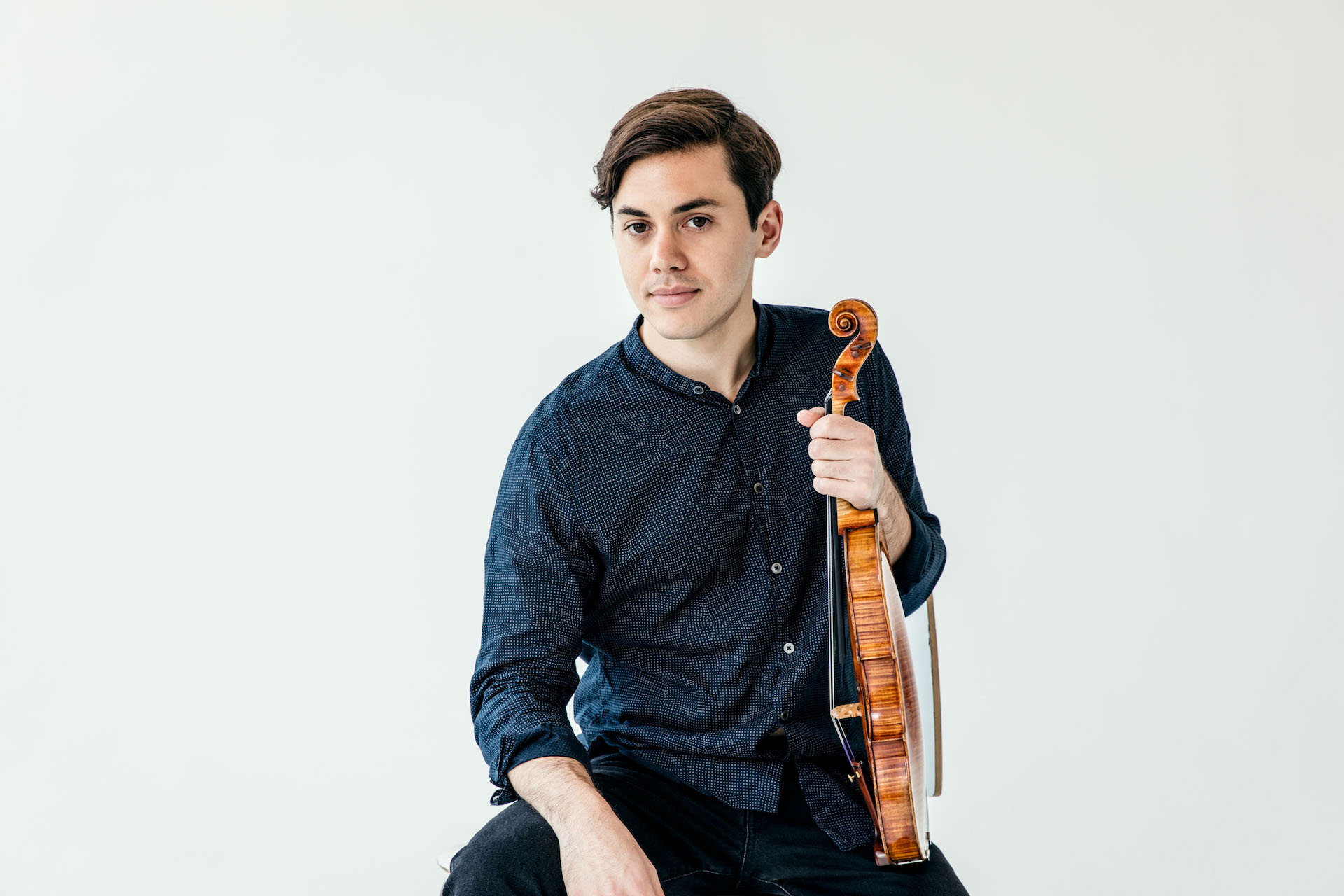 With a storm outside, Beilman and Weiss provide musical sustenance

A sure hand, at a young age, with violinist Benjamin Beilman